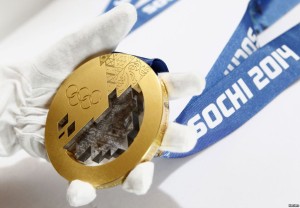 Olympic gold medallists think different from the vast majority of the world. There are many characteristics that enable them to push the limits and strive beyond measure to achieve new world-breaking feats. And whilst most of us in the world won’t ever get to scale such lofty heights in the world of sport, there is one distinct characteristic that separates good sportsman from great world class athletes.And it is a trait that those in the business world should start to embrace more regularly and effectively.

What I’m talking about is the power of positive thinking. As the great Zig Ziglar used to say, you have to “avoid stinking thinking.” It is the biggest cause of negativity and the reason why all of us don’t achieve such lofty heights.

When comparing athletes and business owners, there are many distinct parallels in the environment in which we operate. We both undergo highs and lows but as business owners we often don’t celebrate the highs nearly as much as we should. Secondly, we often take the low moments in a harsher and more personal way. But the reality is it is the slumps in performance or outcome that affect us the most.

The simplest strategy is not to blame yourself and allow negative thoughts into your mindset. Such phrases as, “I can’t do this,” “I’m not good enough,” or another favourite for many of us, “This won’t work,” should be replaced by looking and understanding the positives in the situation and trying to understand the lesson, learn from any mistakes and go back with a smarter and more systemised approach next time. 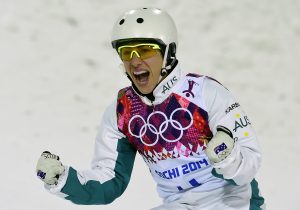 Looking for positives in each situation and asking positive guided questions to improving the outcome next time around is the first step to better managing these troughs and down times in your business.

Maybe that great opportunity that you didn’t get, happened for a reason? Maybe it wasn’t the great deal you originally thought it was. Maybe by not getting that contract it now allows you to be available for an even bigger or more appropriate and profitable opportunity?

Being able to look at the positive side, take away as much negativity from the situation as possible and turn any challenges into positive outcomes and opportunities is the real key to business success.

It is this trait that gold medal athletes possess in turning a bad run, poor jump, crashing in competition, into a positive driver of self-improvement and motivation to walk away and be faster, stronger and come back later for bigger and better assault on the gold medal they so much desire. If only all business owners will take the same attitude into their own business then they would see a huge amount of success is also awaiting them. 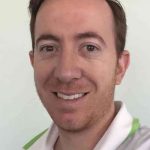