For many of us, the fact that the Olympics only comes around once every four years is unfortunate as nothing beats watching world class athletes strut their stuff on the pressure cooker that is the world of Olympic sport. But there is a lot more to watching the speed, agility and high-flying acrobatics of the Sochi Olympics. 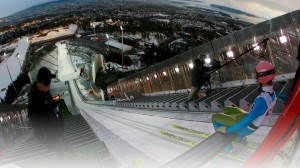 What many of us quite easily glaze across due to the visual spectacle that is the Winter Olympics, is the dedication and commitment from the world’s top athletes, driven and solely focused towards their one goal. Now everybody knows that top athletes are motivated and dedicated to the sport but when we look a little closer there is a lot that many business owners and entrepreneurs can learn from these daredevil athletes.

With the increasing information overload load of how to do their job better, the increase of Apps and shortcuts to their once-proven system and the desperate need for many business owners to create large diversity within their company in a constant battle to grow and outdo their competitors, often the fine art of sharpening the pencil and doing only one or two aspects exceptionally well is something that they miss out on ever achieving.The ability to sharpen their focus to only one aspect of their chosen sport and dedicating 100% commitment to being the best that they can be – this is a lesson that many business owners never truly understand.

Whilst you don’t see Olympic athletes competing in speed skating, halfpipe and downhill skiing, you do see business owners delving in multiple varying arms of their business with no real congruent to one another.

If only all of us as business owners and entrepreneurs could learn more from these high-flying world class athletes. The ability to limit our scope in the short term and create such a drive and focus to becoming the very best in one discipline of our business before attempting to move on and master another one is something that we could all learn from.

Now I’m not saying that business diversity is wrong. In many aspects it is an essential part to business survival and gaining the upper hand in such a competitive world. But having the ability, focus and dedication to be the best at one aspect before moving on and trying to dominate a multitude of other disciplines at the same time is definitely a lesson we can all take away from the athletes competing in Sochi. 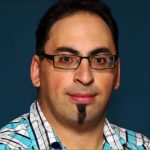 Jason Pilgrim is the go to person for business development and empowering allied health professionals to achieve their goals. He END_OF_DOCUMENT_TOKEN_TO_BE_REPLACED